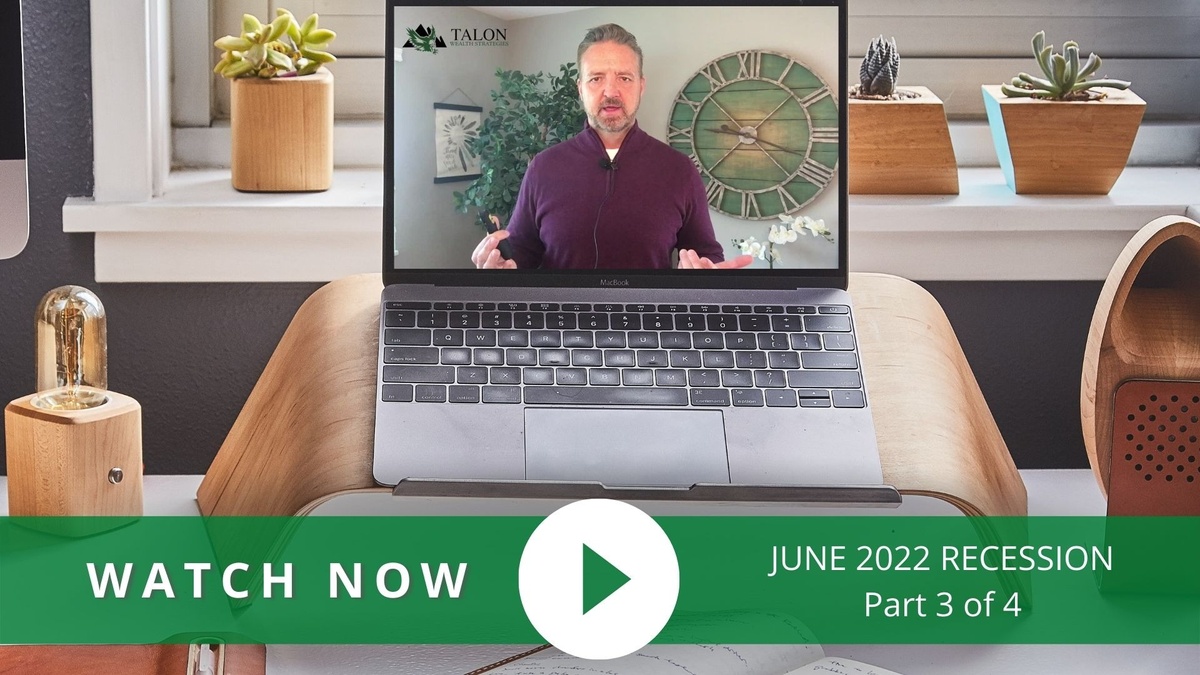 Hey, folks.  Doug Pardieck with Talon Wealth Strategies.  We’re in a video series here for the summer of 2022.  This is the third video.  We’re going to be talking about the coming recession and how to prepare for it.

Talking to Dr. David Kelly at J.P. Morgan, he says there’s three things that we need to see in place that is a strong indicator that the recession is coming.  First of all we need full employment and check, we’ve got that.  We’ve got full employment so that says, “Yeah, by that indicator a recession could be right around the corner.”  The second thing he looks for is a shock in the economy.  Something the economy cannot handle like the subprime lending crisis we had with housing back in 2007, 2008 and 2009.  Then there was the pandemic of 2020.  Right now he doesn’t see a shock that the economy can’t handle so that box is not checked.  What about tight monetary policy?  That goes back to the video that I had just last week talking about the Fed raising rates.  Again, the Fed raises rates to slow down the economy, to slow down inflation.  Inflation right now is very high.  We all know that, but the Fed is technically not tight.  What does it take for the Fed to have tight policy?  Well, as they raise rates the higher it goes, the tighter it gets.  Around 5% on the Fed rate, once it gets to 5% that is considered tight monetary policy.  Below that – and right now we’re at 1% - it’s going to go up.  They’re going to keep raising rates trying to curb inflation.  Let’s say we go from 1% to 2%.  It’s still pretty loose.  Loose is good for money flowing through the system.  Money flowing through the system encourages the economy to grow, not contract.  So, two out of the three indicators right here tell us no, the recession is not coming anytime soon.

When I talked to Brian Wesbury at Frist Trust, I talked to Lauren Abbott, I talked to Fidelity.  All their models and all the historical data suggest the recession is not coming soon.  It’s down the road.  It’s coming.  There is a price to be paid for all the money that got dumped into the system.  This pandemic, the federal response and the government response was to put money into the economy as a life support to keep it going.  All that money, there’s eventually big consequences and we’ve got to pay for it.  Right now the consequence is rising inflation, but we do not see a recession right around the corner.

If you have any questions or comments or you want to dig deeper in your financial plan about preparing for the recession, whenever it comes, we are here to help. Doug Pardieck with Talon Wealth Strategies.  I hope you have a great summer and I’ve got one more video coming out next week.  Stay tuned for that and we’ll talk to you soon.