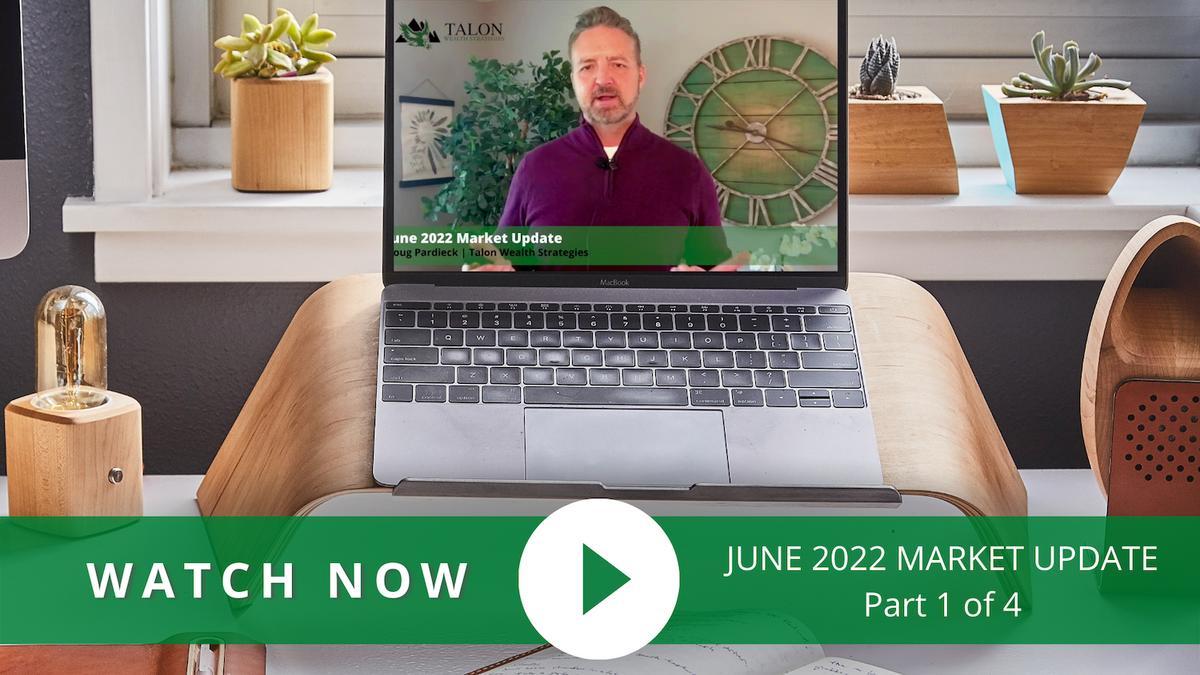 Okay, here we are – June 2022.  The year is flying by but the stock market is not being nice to us and the bond market is not being nice to us.  We’ve been through a lot this year and I’ve got a lot of information to share with you.  What I’ve decided to do this time is I’m going to take all this content, all this research I’ve been doing and put it into four videos.  We’re going to try to keep it to four to five minutes long each, but we’re going to go through a market update.  We’re going to be talking about inflation and rising rates.  We’re going to be talking about the possible coming recession and how do we prepare for that.  Number four, what is our outlook.  What are we doing as investors to help you with your portfolios and your goals.  We’ve got a lot to cover so let’s get started.

Hey folks.  Doug Pardieck with Talon Wealth Strategies.  Let’s talk about what’s been going on in the market.  Right now the stock market is down double digits.  The bond market is actually down double digits as well.  Typically, when our stocks are down, our bonds are helping us out.  They’re the ballast to the ship.  They’re helping us stay afloat.  But this year it’s different.  Stocks are down significantly and bonds are down significantly.  Luckily, we do have some investments that a lot of the investors are exposed to which is going to be private commercial real estate.  We’re seeing some really strong returns year-to-date so far and also commodities.  A lot of our portfolios have exposure to commodities and energy, and those have been two areas that actually have performed very well this year.  Diversification does pay off.

Let’s talk about the average investor.  I’ve shown this chart before.  This is the different asset classes over a 20 year period – 2001 to 2020.  REITS were the best performer. Small cap stocks did well.  But you go all the way down there to what I circled, the average investor.  I want to talk about that.  We do not want to perform like the average investor.  An average return of 2.9% is not going to get you to your long-term goals.  It’s not very helpful.  We want to be growing your money at a prudent rate.  We want a decent rate of return.  Some of your money needs to be in more growth investments and some of your money is okay to be in conservative, less volatile investments, and I’ve talked about that before. 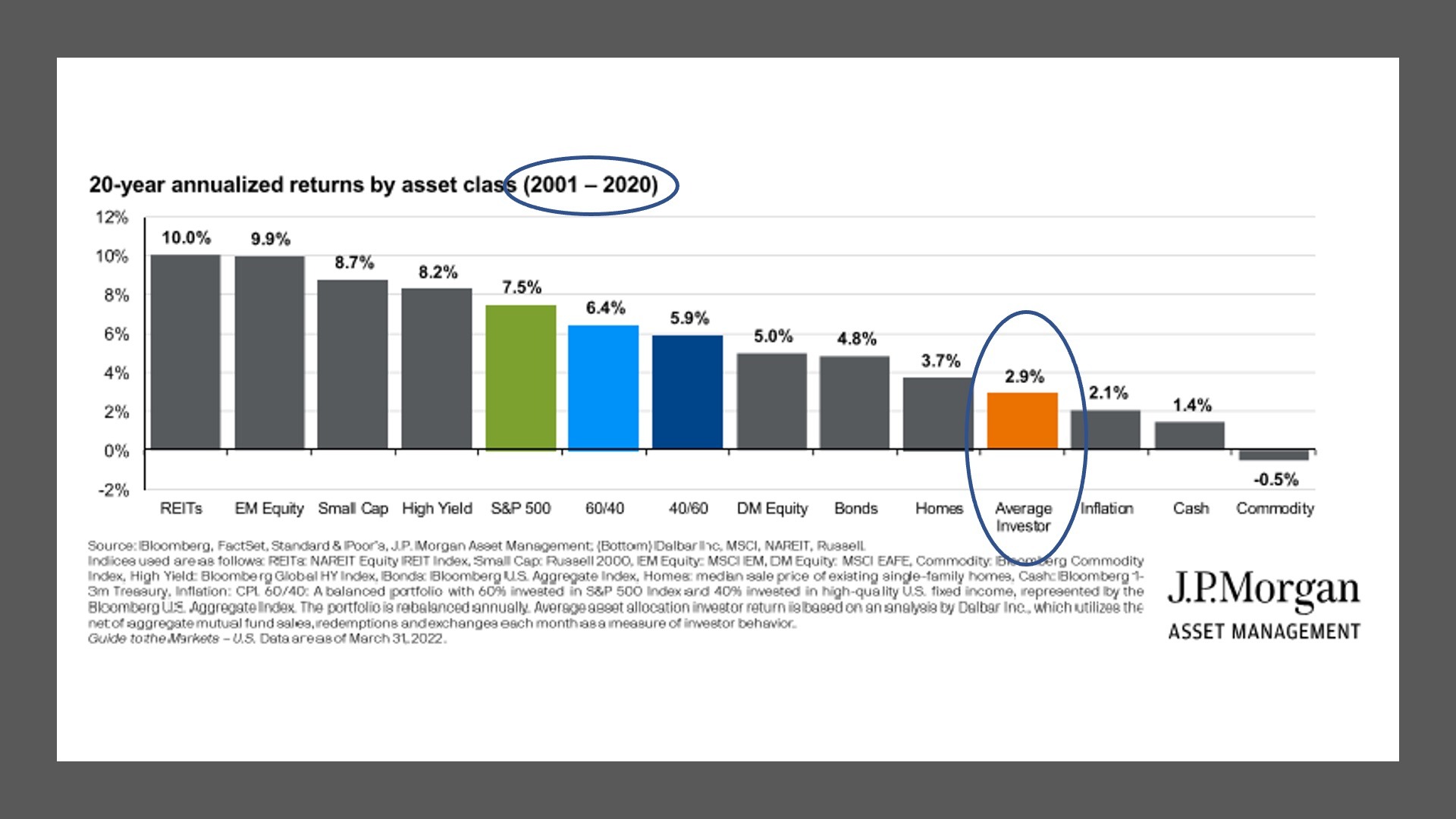 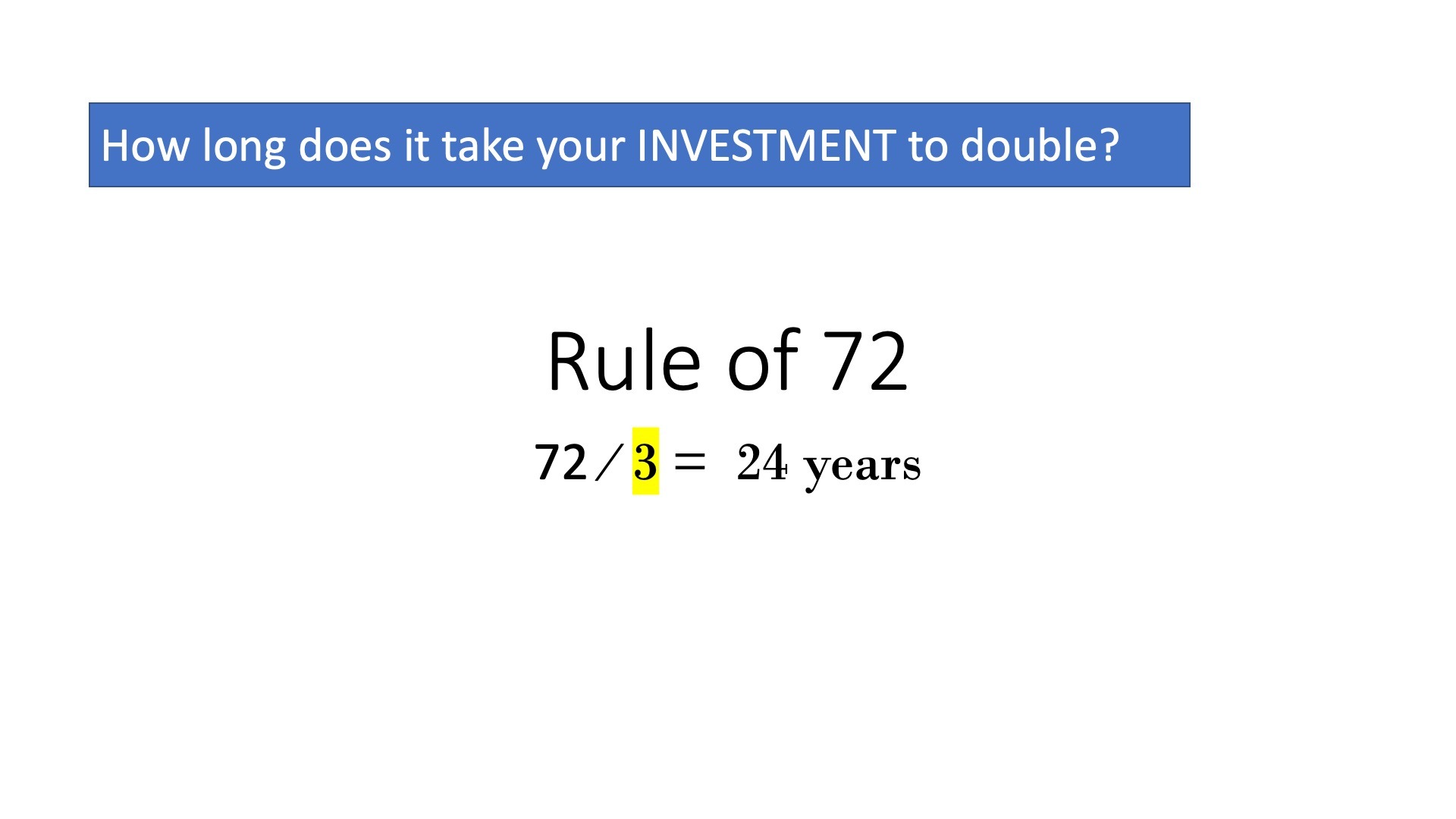 If we’re going to go for growth and we’re looking for that 8% rate of return annually over time, what do we have to tolerate?  Well on average we have three corrections of 5% or more per year in the course of the year where we’re investing in the stock market, one correction of 10% per year, and a 15% correction and that happens once every three years in a bear market which a lot of stocks right now are down over 20%.  That’s a bear market.  That happens once every six years so we need to know this is part of the deal.  When we’re investing in the stock market, this is going to happen. 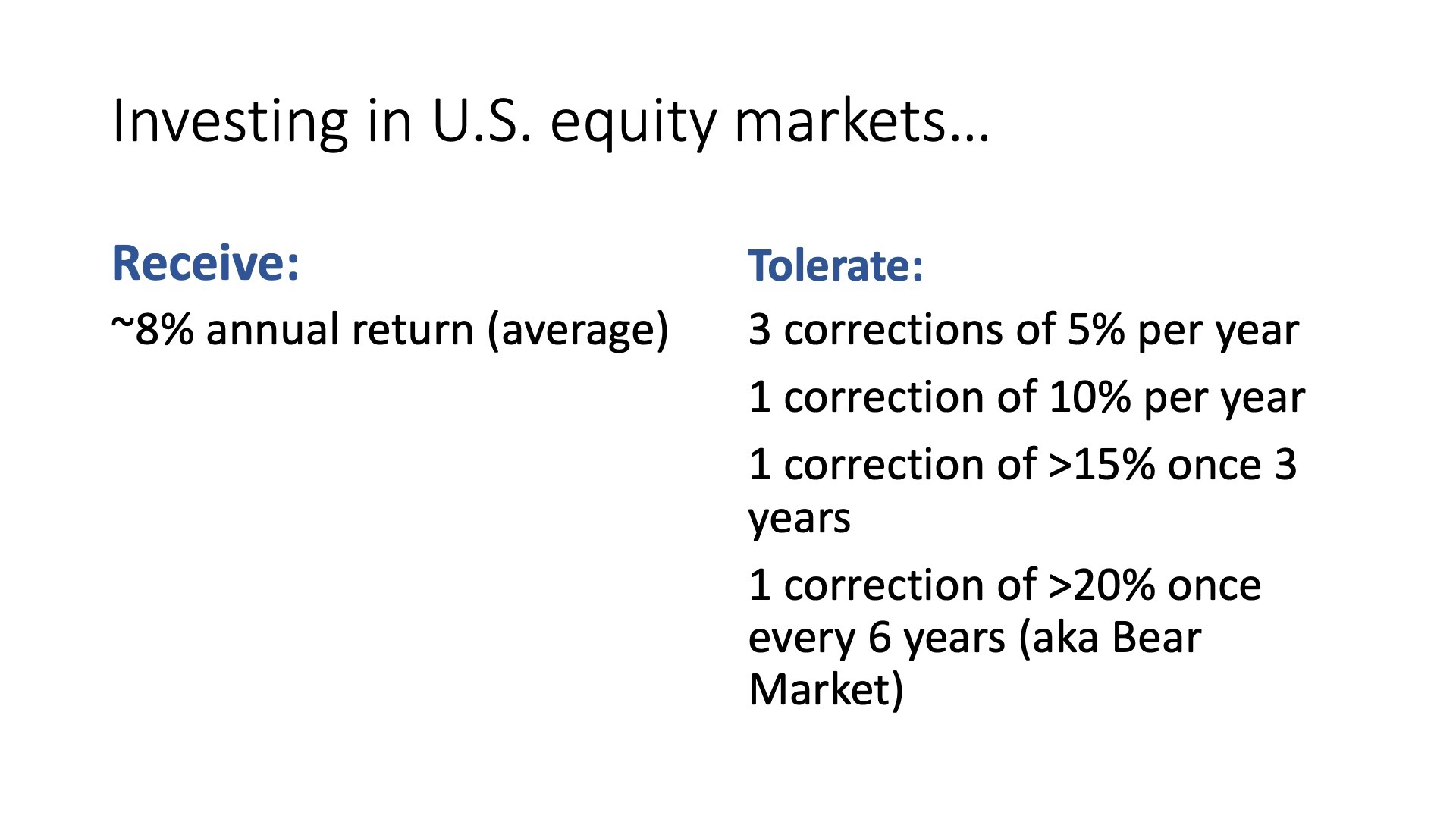 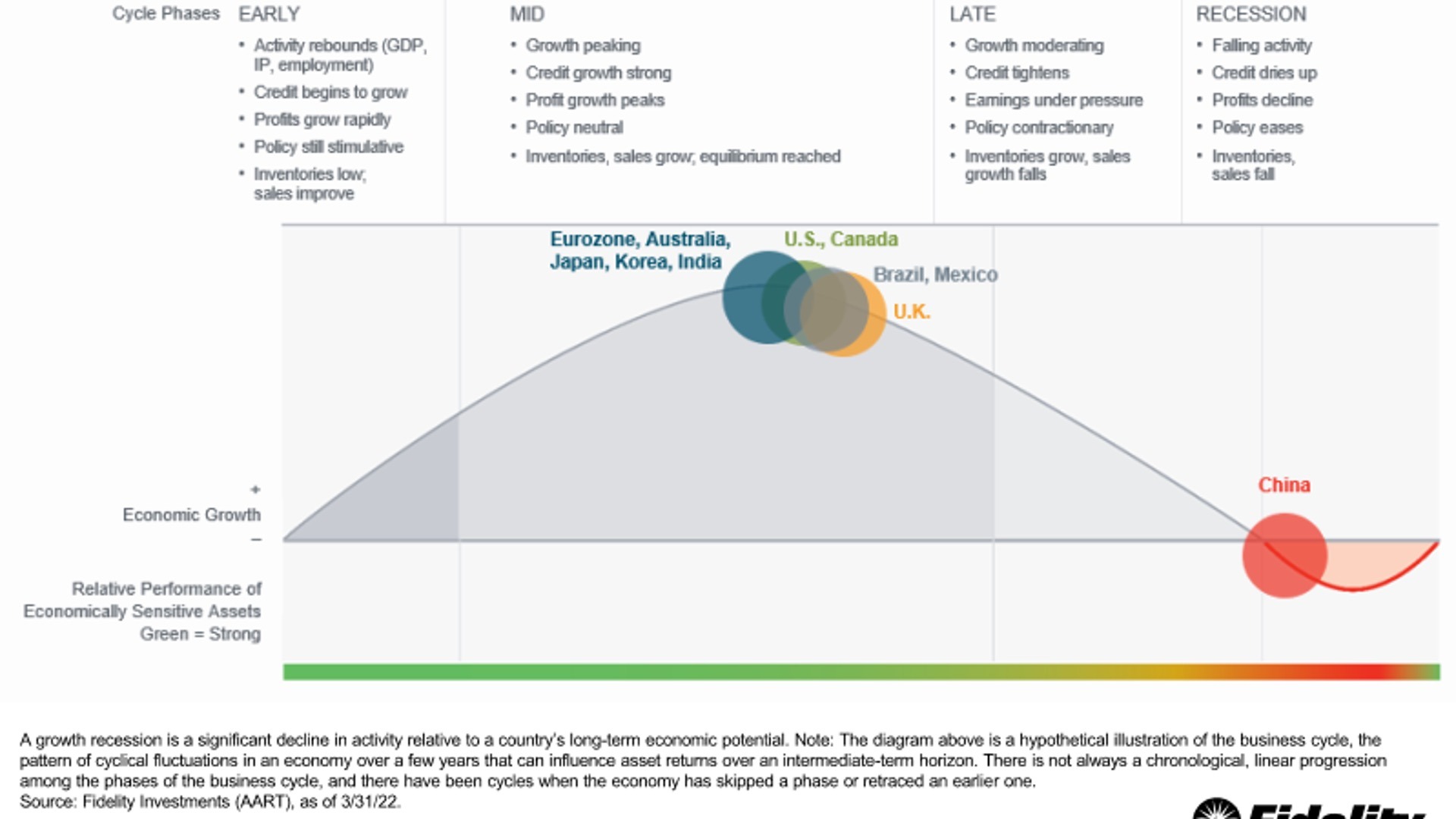 Then I looked at another indicator we like to look at – manufacturing and services.  And this is a heat map – red means we’re shrinking, we’re going the wrong direction, a recession is probably coming.  Green means growing and that’s a good thing for an economic indicator of which direction we're going.  Right now there’s still a lot of green when we look at February and Marc of 2022.  We’re going to continue to watch this as we move forward. 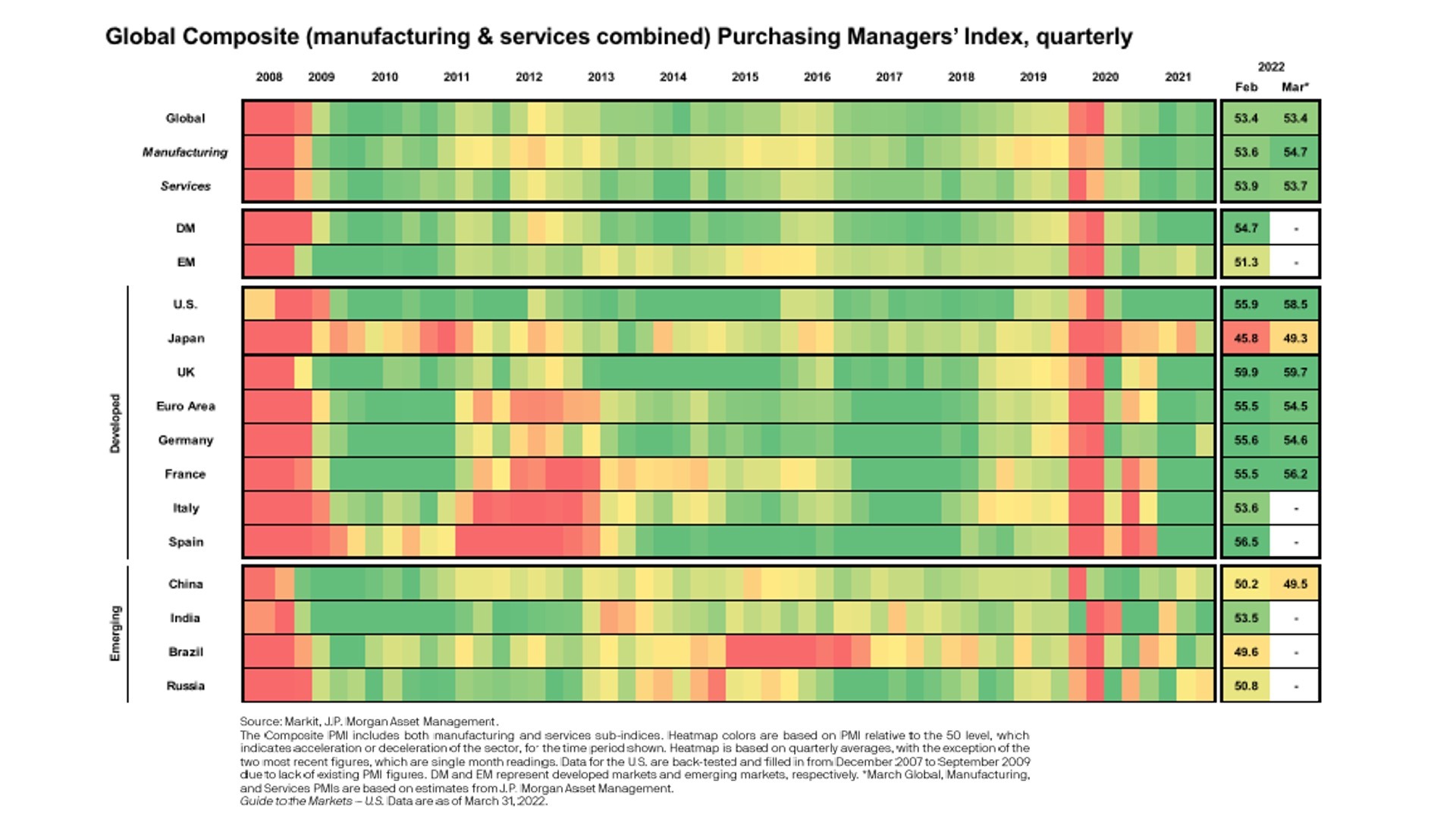 Something else I want you to pay attention to.  There is a lot of fear out there and a lot of my clients have expressed their fear wondering if we should still be in the stock market.  Well, historically when the fear index peaks or gets very high on this chart that you’re looking at it’s actually the inverse.  The chart is showing down.  The lower it goes, the higher the fear.  But when you look at those blue dots and in the red return, this is what the S&P 500 does when fear peaks.  What does the S&P return look like 12 months later?  And when you look at those numbers you see 22% return, 29% return, 33% return.  These are really robust returns.  Just like Warren Buffett, he’ll say when there’s blood in the streets, be greedy.  And right now there’s blood in the streets.  People are fearful.  There’s a lot of anxiety about the recession that’s coming and inflation is too high and this is really not good.  A lot of people are predicting a recession soon, but a lot of the economists that I like to listen to and that have a really good track record, they’re saying no.  The math says otherwise.  If you look at history, returns could be very good 12 months from now.  We don’t know if it’s going to be a really robust next 12 months or not, but stay the course and continue buying high quality stocks that are going to endure through this. 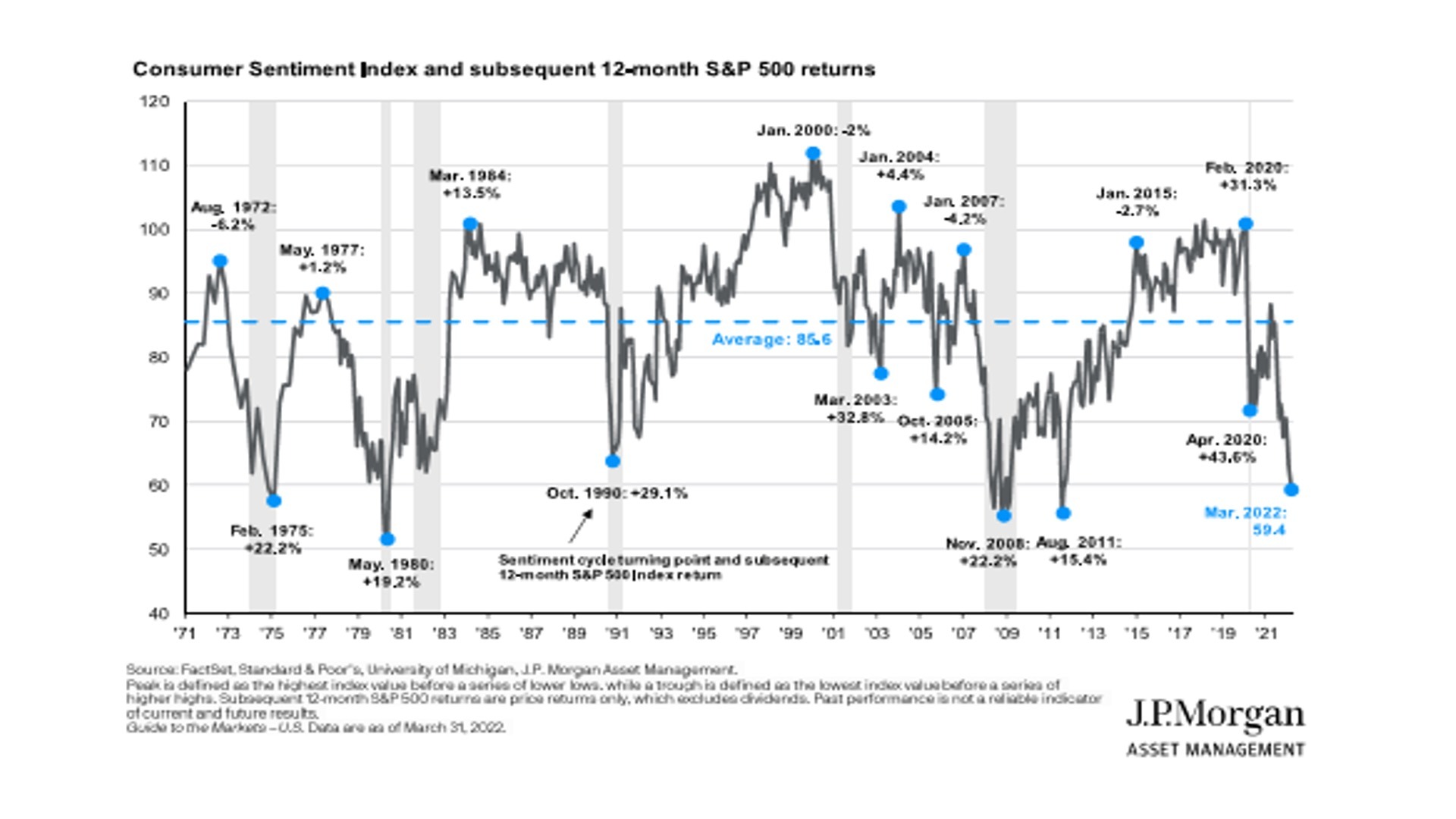 We still have a lot to cover.  I’ve got three more videos to share with you and they should be released once a week.  In the meantime, if you have any questions and you want to talk about your financial goals, you want to talk about volatility and what’s going on, we’re here to help.  Doug Pardieck with Talon Wealth Strategies.  We’ll see you soon.